Successful undergraduate chapters are supported by loyal alumni. Beta Mu alums have consistently stepped up over the years to strengthen the life-long, intra-alumni relationships and to support the collegiate chapter. As we enter Beta Mu’s 102nd year, our alumni entities could not be more organized and productive.

Read on to learn about the new Alumni Association, the important work of the Alumni Advisory Board and the ongoing stewardship of the Beta Mu Building Co. 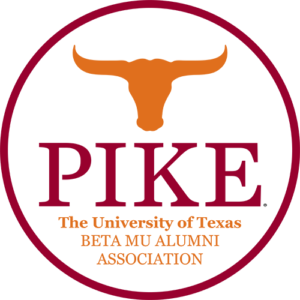 Once a Pike, Always a Pike

2022 marks Beta Mu’s 102nd year in Austin. The active chapter appreciates the ongoing support of Beta Mu Alumni in maintaining a strong Beta Mu Chapter. The time, treasure and talent that our loyal Alums provide is invaluable to maintaining Pike’s place as a top fraternity at UT.

For 2022 we have launched a new alumni entity, the Beta Mu Alumni Association, which will serve as an official non-profit organization to formalize our alumni activities to continue to support the chapter as well as deepen our ties as alumni brothers. The new entity will charge modest membership dues of $50 annually and be managed by a board of directors. Objectives for the new entity include fundraising for future undergrad scholarships recognizing academic achievement as well as some needs-based support for Pike undergrads. The Association is launching the new ‘Beta Mu Legends Alumni Awards,’ recognizing three alumni annually for service to Pi K A. And the Association will serve a fundraising vehicle for ongoing chapter house debt retirement campaigns. We envision more alumni social events, career networking, interaction with the undergraduate chapter and more, so please join the new effort to expand our alumni programming and engagement. Thanks to the new volunteer board: Cinco Cocke ’80, Marcus Fettinger ’03, Jeremy Garner ’94, Matt Hoover ’12, Jon Jones ’77, Russ Keene ’80, Cole Martinez ’16, Baret Meazell ’91, Jay Messer ’69, Tom Peel ’73, John Ward ’85, Jim Windham ’62 and Steve Winter ‘82.

And thank you to the nonprofit Beta Mu Building Co. for its stewardship and management of the property and facilities at 2400 Leon. The land was first acquired in 1950 by dedicated alumni who raised the funds for the first Pike House at the site which stood for 68 years. Today’s board and a predecessor board of eleven men made the vision of a modern Pike House a reality with the design and construction of the Centennial Pike House delivered early and on budget in July 2020. The board consists of Bert Dement’ 66 president, Mack Gibson ’67 vice president, Wayne Lott ’70, Dr. Jim Shaw ’80 treasurer, and John Scofield ’75.

Please note the online Alum registration option on this page. Click the box to the right to provide us your name, initiation year and email address so that you can stay informed. For any Alum questions or to make a rush recommendation, write to alumni@texaspike.com. Thanks to all of our Alumni for their continued support, contributions and guidance. 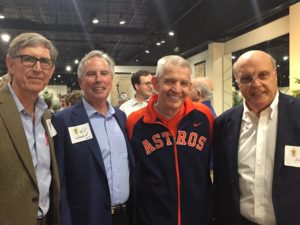 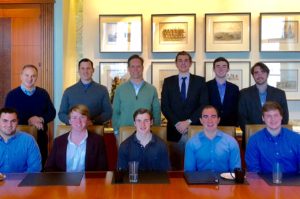 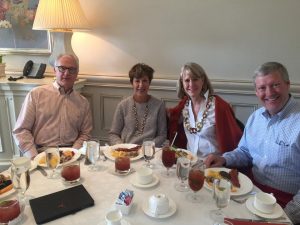 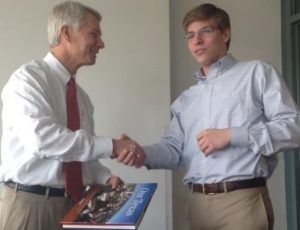 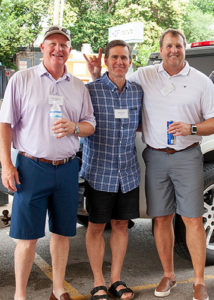 1980s initiates Steve Winter, John Ward and Scott Johnson all traveled in to Austin for the Farewell fun. 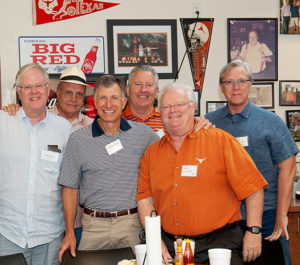 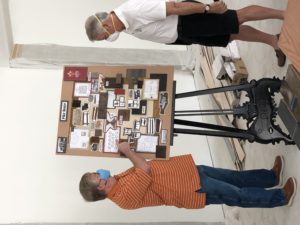 House Corporation board members met in May, where John Scofield and Cinco Cocke discussed final furnishing selections for the new Pike House.

Register below to receive alumni updates.