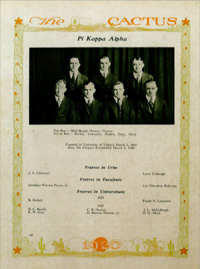 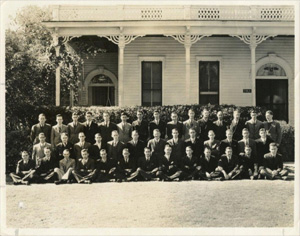 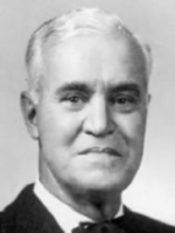 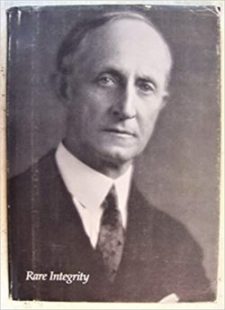 Dr. Payne was an English professor at the University of Texas from 1906-1943. He was a prolific writer and a personal friend of the poets Robert Frost and Carl Sandburg. As a professor, he mentored the esteemed Texas writer J. Frank Dobie. Brother Payne’s son, Bledsoe Payne, would become Beta Mu’s first pledge and, along with two other pledges, was initiated in May 1920.

L. Theo Bellmont was a professor of Health and Education and became UT’s first Director of Athletics in 1913. He started the Cotton Bowl game with Oklahoma University, organized the Southwest Conference in 1915, was the visionary for the Texas Relays and he organized the funding for Memorial Stadium in 1923. He served as Director of Athletics from 1913-1929 and continued to serve on the UT Faculty in the College of Arts & Sciences until 1952. Bellmont Hall was named in his honor in 1973. 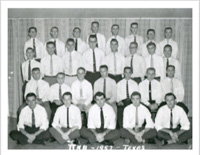 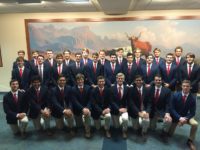 Founded just after the conclusion of World War I, Beta Mu Chapter has continuously endured through the Great Depression of the 1930s and through World War II and the 1940s. The fraternity grew in the 1950s. The 1960s and 70s were a tumultuous time in the nation’s history but the culture of Beta Mu persevered and thrived.  Beta Mu is celebrating its 102nd year at UT in 2022. With new, committed members and loyal alumni she will remain forever strong.