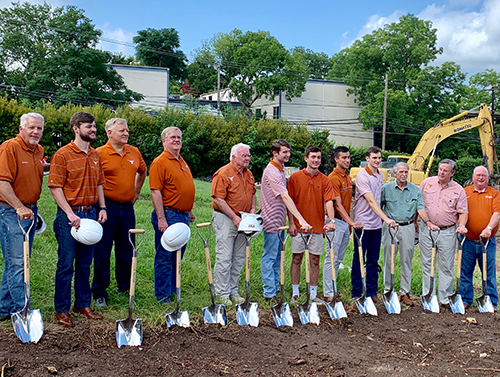 June 28, 2019, marked an important milestone in the Centennial Pike House construction project.  Beta Mu Building Co’s board held a celebratory groundbreaking ceremony at 2400 Leon Street with local alumni donors, our contractor and architects, and importantly, representatives of the chapter who will be occupying the new facility and building on 100 years of Pike values, traditions and brotherhood in Austin.

Beta Mu Building Co. President Bert Dement ’66 presided over the ceremony and noted, “Far-thinking previous Pike alumni in the 1950s purchased this site and constructed an award-winning mid-century house that has served us well for many years, creating many friendships and memories.  Our board, on behalf of 2,500 alumni, is excited to design and deliver a new house at this same site, built for the modern fraternity man and intended to serve the chapter for many years ahead.”

Centennial Pike House Campaign Chairman John A. Rathmell, Jr. ’76 said, “We are grateful to the many alumni donors who have supported this important project to date, positioning Pike to begin its next 100 years of brotherhood at The University of Texas at Austin. We look forward to more alumni joining our campaign taking us across the $5 million goal line.

Richard Sherwood ’17 (Tyler, Junior, Cockrell School of Engineering) said, “This is a special day for Beta Mu Chapter, starting the year-long process to construct our new chapter home. Almost 2,500 Pike men have gone through these doors in 99 years and we look forward to continuing the strong traditions of Pike at UT in the years ahead right here at 2400 Leon Street.”

Special thanks to our project manager Wayne Lott ’70 for making the day’s arrangements and to Rev. Matt Cassidy ’80 of Grace Covenant Church, Austin, for providing a blessing for the teams constructing the house and for the future young men who will occupy and thrive in the new facility. 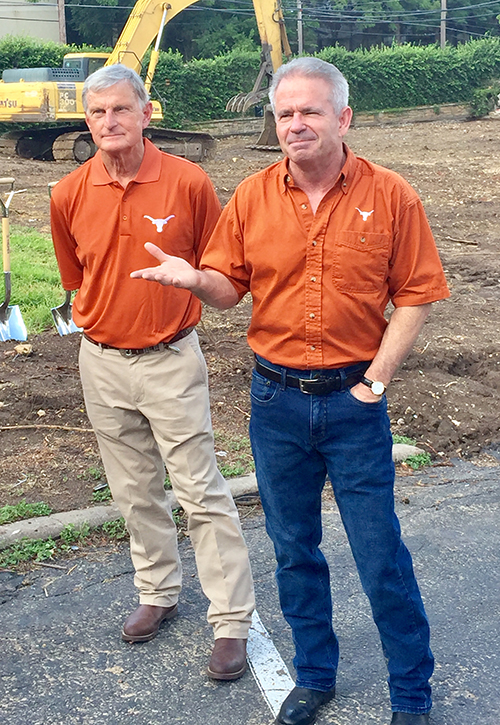