Nineteen Texas Pikes Graduate in May 2019 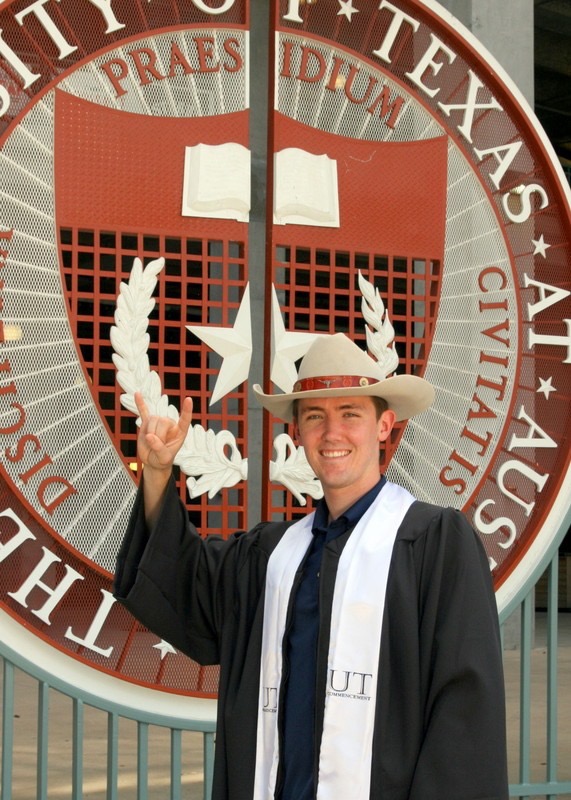 Nineteen Texas Pikes Graduate in May 2019

Pike congratulates 19 brothers who earned degrees and join the Pike brotherhood and Texas-Exes in alumni status. Many attended a senior sendoff brunch on May 18th hosted by Beta Mu Alumni Fund. Most of these grads pledged in fall 2015 and contributed to the chapter by holding various positions, such as president, pledge trainers, swamp master, rush captains, and treasurer and have spent the past four years together creating memories that will last a lifetime.

The pledge class of 2015 had three members, Connor Pottorff, Parker Morris, and Alex Crutchfield, of the prestigious Texas Spurs organization, and two members, Nathan Roberts and Justin Dunlap, were Texas Cowboys. Amongst graduates, many are entering the workforce, like Justin Dunlap with Capital One Bank, Jalyn Marick joining Lockheed Martin, and Michael Everett joining Moelis & Company in New York. Several Pikes will continue graduate school next year. Mitchell Benson will be at UT Law School, Nathan Roberts will continue at UT’s McGovern School of Medicine in Houston, Joe Velasquez will work towards his master’s in healthcare administration at Texas Women’s University, and Connor Pottorff, Dean Cohen, and Greyson Blaise will do a fifth year and earn the McCombs School’s prestigious Master’s in Public Accounting.

Pike is particularly proud of Drew Ikard who goes on to serve our Nation in the Military. On June 7, 2019, Drew was commissioned as a Second Lieutenant in the U.S. Marine Corps at the State Capitol in Austin. In September he will be leaving for The Basic School in Quantico, VA, for six months. Drew was initiated in the fall of 2016 and served Pike as the Alumni Relations Chair. After he finishes training in Virginia, his next step is to take part in the Infantry Officer Course and become an Infantry Officer. We congratulate and thank these 19 graduating Pikes for being part of the Beta Mu Chapter and wish them great success in the careers they wish to pursue. 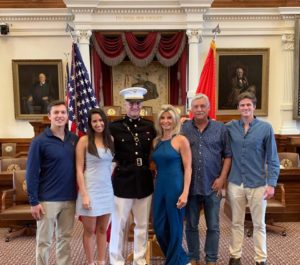 Drew Ikard is joined by his proud parents and long-time girlfriend, Madison Taylor (AXO), and Pike pledge brothers Taylor Golden and Donny Amsler on the floor of the Texas House of Representatives in May following Drew’s commissioning as a Marine Corps Second Lieutenant.

Past Pike President Parker Morris celebrates his May 2019 graduation in a classic pose at DKR/Memorial Stadium.

Pike alumni host a traditional “Senior Sendoff” each December and May to congratulate new Pike graduates. The May 2019 class enjoyed a Tex-Mex lunch together just days before graduation. 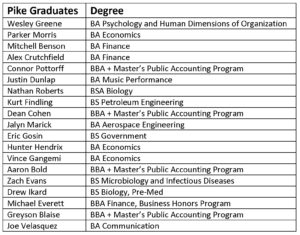