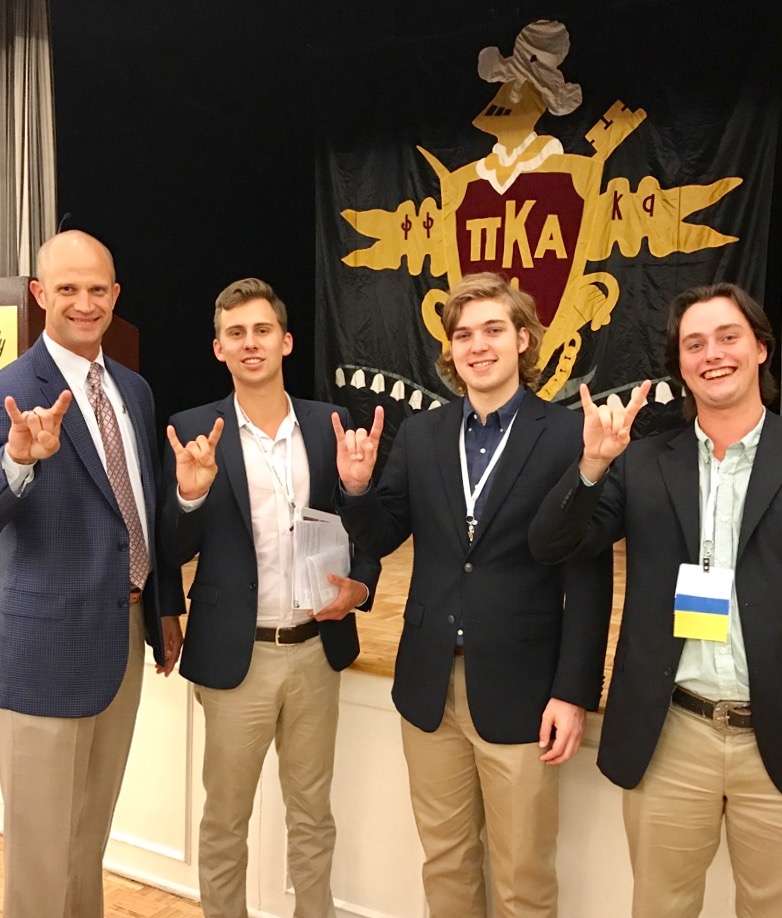 Bi-annually the International Pike Fraternity hosts “The Academy” in Memphis as part of its Pike University leadership training for undergraduates. The Beta Mu Chapter delegation attending the July 2017 academy included SMC Zack Wagner ’14, Angus Brooks ’16 and Matt Stewart ’17, joining more than 500 other undergraduates Pikes from around the U.S. and Canada.

Beta Mu earned a number of awards and recognition at Pike’s The Academy 2017 in Memphis. 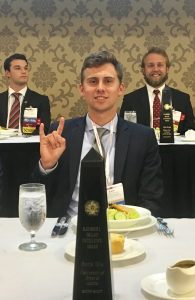 SMC Zack Wagner ’14 said, “Beta Mu has been participating in Pike University events now for a decade. We are a high performing chapter but there is always room for improvement. We try to send several younger, newer members each year to learn about the national fraternity, to better understand the Pike brotherhood, and see best practices from other chapters. We greatly appreciate the Alumni Fund’s travel support providing the opportunity for our men to attend these conferences. Texas Pikes are very proud of the awards we brought back to Austin.”

In July 2018 Pi K A hosts its 150th Anniversary Convention in Richmond, VA, near the fraternity’s founding at the University of Virginia.