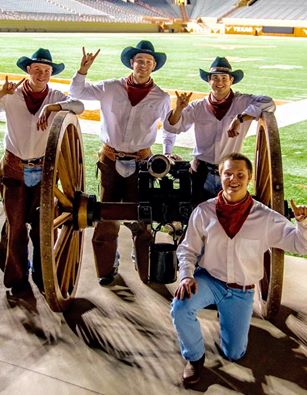 Congratulations to Lucas Anderson, a sophomore form Charlotte, NC, upon selection as a “new man” in the Texas Cowboys. The Cowboys are UT’s oldest honorary organization with rich traditions of service to the University. Pike now has five Texas Cowboys. Lucas earned his chaps in May, and he took office as the new Pike President in May as well.

The Silver Spurs tapped two Pikes into its ranks this spring. Congratulations to new Rowels Houston area sophomores Kris Kubin of Cypress and Brad Swanson of Katy. Pike has ten Silver Spurs. The Spurs look forward to revealing the new BEVO XV in the 2016 football season.